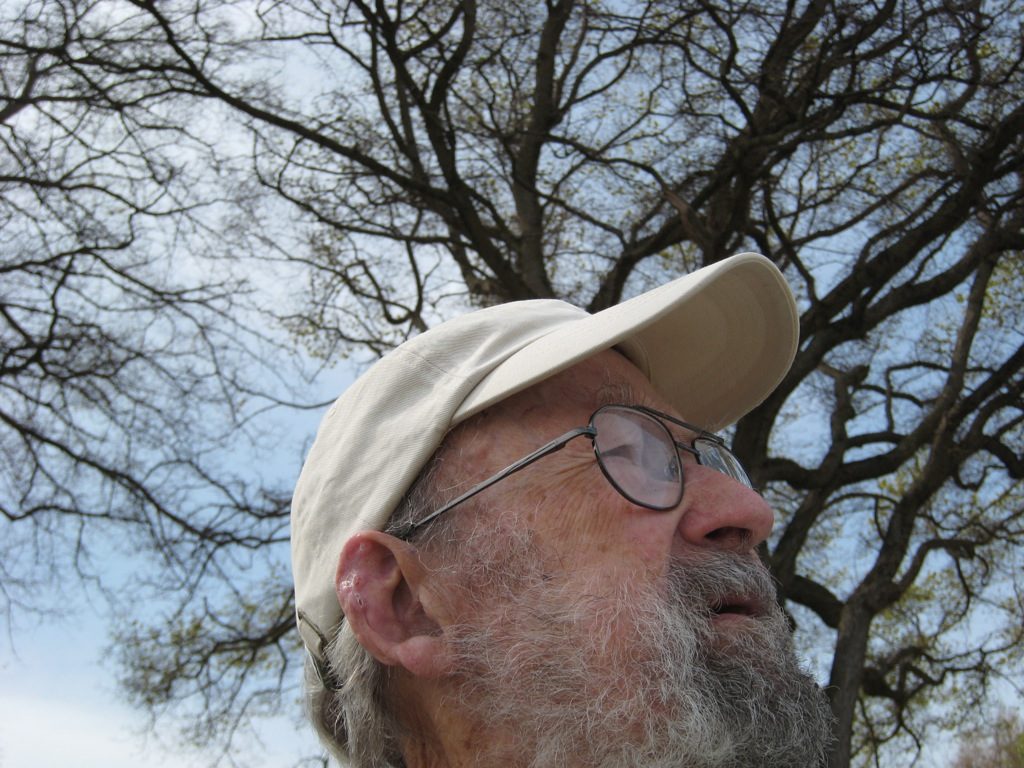 In 2008/2009 George Wallace spent the last year of his life at the St. Charles Manor care home in Victoria, British Columbia.  He had been in a very confused state, suffering from Alzheimer’s disease, but after spending a period of time adjusting to this new situation, he started to draw again.  His daughter Julia, brought him drawing materials and paper and encouraged him to work at making art.  Starting with objects in front of him, he made several competent still life drawings and then progressed to a series of rather strange and naive drawings of figures and faces.  These images are remarkable because the subject matter is drawn from memory and clearly relates to his earlier work.  The heavily worked figures in pencil with their textured surfaces exist in a contextual vacuum, but nevertheless something is going on there.  When asked what the characters in his drawings were doing, he replied that they just appeared on the paper without his knowledge – almost like an automatic drawing.  When we look closely at the drawings though, we see the humour in many of them.  This innate quality of Wallace’s personality had never left him.  He made about 40 drawings during this period, a selection of which is shown here.